A GROUP of teenagers who took on and won the challenge of riding from Cairns to Cooktown for cardiac services, will see those very services up close today.
Five teenagers, part of team Wheelie Good in the QSuper Cardiac Challenge, won the highest fundraising team in this year’s event, contributing $16,265 out of a total $295,392 raised so far this year.
The team wore the coveted highest fundraiser yellow jersey for the final ride into Cooktown. The students attend St Andrew’s Catholic College, St Augustine’s College, Trinity Bay State High School and Cairns State High School.
A radio interview with the team inspired a local businesswoman to sponsor their fundraising efforts.
Local businesswoman Coral Hoult heard the interview in August and sponsored the team $7550 over three donations.
She has had a heart condition but it was the teenagers’ passion and hard work that inspired her to donate.
“Both my late husband and I have had reason to use the heart teams in Cairns. We had the most intense and critical care when it was needed most.
“The sincerity and maturity of the group of Wheelies at such a young age to raise money and then take time out of their school holidays to ride in the Challenge is inspiration and I chose to reward them for their amazing effort, consequently supporting the cardiac unit.
Not only did her donations help the team to the yellow jersey, but Mrs Hoult and her son drove to Cooktown on the final day of the event, to watch the youngsters reach their destination.
“They were so excited and proud of their achievements and I’m really proud of them too. It’s great to see young people off their devices and helping their community. If they sign up next year, I’ll sponsor them again too.”
Cairns Hospital director of cardiology (and former St Augustine’s student) Dr Greg Starmer, said the fundraising efforts of people like the Wheelie Good students and hundreds of others, have contributed to the ongoing purchase of life-saving equipment for people with cardiac issues in Far North Queensland.
“It’s great to see the next generation getting involved in such a good cause and looking after their own heart health so they won’t require our services in the future,” Dr Starmer said.
Far North Queensland Hospital Foundation Fundraising and Marketing Manager Glenys Duncombe was delighted to arrange the Wheelie Good visit to the cardiac unit.
“People who donate to the Foundation love seeing where their money goes – they love seeing that it stays local and 100 per cent of donations really do go to the intended use. We’ve fundraised more than $4 million for cardiac services and it’s incredible to hear the stories every day of how that makes a difference to local people in Far North Queensland,” Ms Duncombe said.
Having QSuper as the Cardiac Challenge’s major sponsor this year is a critical component, as it enables every single dollar raised to go directly to cardiac care in the Far North.

About QSuper
QSuper is one of Australia’s largest superannuation funds, with more than $110 billion in funds under administration. From humble beginnings more than a century ago, today they manage the retirement savings of more than 585,000 members. More information https://qsuper.qld.gov.au. 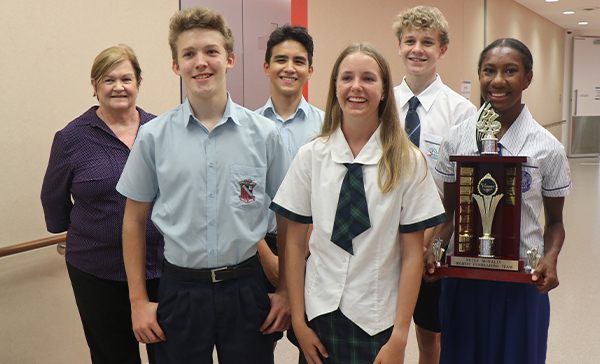 CYCLISTS in this year’s QSuper Cardiac Challenge smashed the ball out of the park, raising more than $292,000 for cardiac services in FNQ. Hosted by the Far North Queensland Hospital Foundation, the event was able to be pulled together despite restrictions due to...

Paul Durdin’s own near death experience has truly given him a new appreciation for life. The Cairns-based disability support worker became unwell with a mosquito-borne illness several years ago and underwent a battery of tests, at which time it was found the right...